I was awed the first time I saw this animal. That was during an excursion organised by my secondary school to Songhai Redemption Centre, near Owerri, Nigeria.

The spotted Hyena, (Crocuta crocuta) is Africa’s most common large carnivore. They have excellent night time vision and hearing and usually bear litters of two to four cubs. Cubs begin to eat meat from kills near the den at about 5 months, but they are suckled for as long as 12 to 18 months – an unusually long time for carnivores. 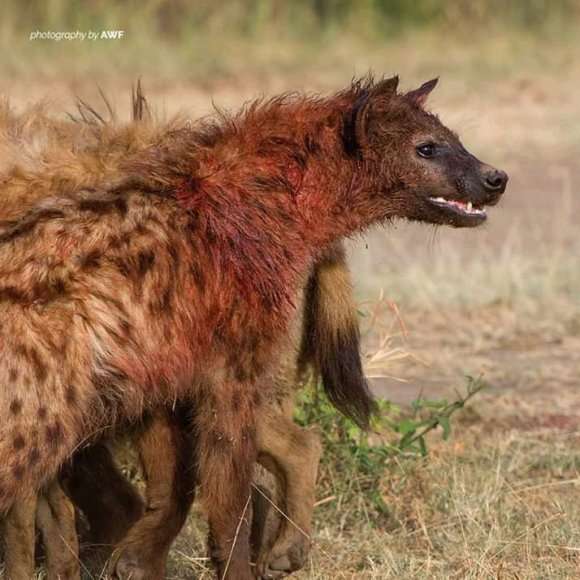 Hyena’s don’t roar like big cats but have a distinct laugh. They are reported to have the strongest jaw on earth. One bite from a Hyena can cause a big shock to its victim. Their major competitors are Lions and wild Dogs. While they compete for food and space, it’s common to see Hyena’s gang up on lonely Lionesses and wild Dogs gang up on Hyena’s. It’s like a game of thrones! Other big cats, Leopards and Cheetahs stand no chance with spotted Hyena’s.

Buffalo, zebra, antelope, wild boar and other animals make up their diets. Hyena’s can feed on all body parts; flesh, bones, hair, hooves, horns and vegetable matter. They are savage and can attack people and livestock. Yet the greatest predator to this animal is man.