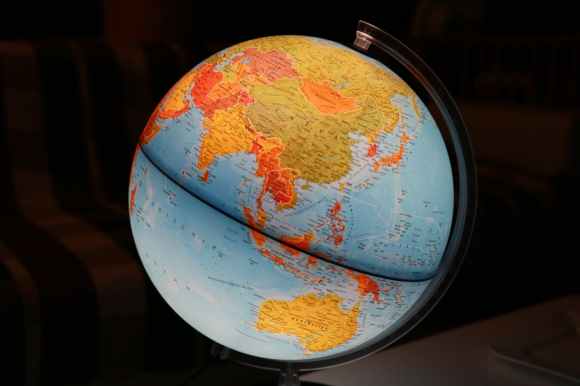 ‘Excuse me,’ said he, ‘but that’s a question I never like to hear asked. What does it matter where a man is from? Is it fair to judge a man by his post-office address? Why, I’ve seen Kentuckians who hated whisky, Virginians who weren’t descended from Pocahontas, Indians who hadn’t written a novel, Mexicans who didn’t wear velvet trousers with silver dollars sewed along the seams, funny Englishmen, spendthrift Yankees, cold-blooded Southerners, narrow-minded Westerners, and New Yorkers who were too busy to stop for an hour on the street to watch a one-armed grocer’s clerk do up cranberries in paper bags. Let a man be a man and don’t handicap him with the label of any section.’

‘Pardon me,’ I said, ‘but my curiosity was not altogether an idle one. I know the South, and when the band plays “Dixie” I like to observe. I have formed the belief that the man who applauds that air with special violence and ostensible sectional loyalty is invariably a native of either Secaucus, N.J., or the district between Murray Hill Lyceum and the Harlem River, this city. I was about to put my opinion to the test by inquiring of this gentleman when you interrupted with your own – larger theory, I must confess.’

And now the dark-haired young man spoke to me, and it became evident that his mind also moved along its own set of grooves.

‘I should like to be a periwinkle,’ said he, mysteriously, ‘on the top of a valley, and sing too-ralloo-ralloo.’

This was clearly too obscure, so I turned again to Coglan.

‘I’ve been around the world twelve times,’ said he. ‘I know an Esquimau in Upernavik who sends to Cincinnati for his neckties, and I saw a goat-herder in Uruguay who won a prize in a Battle Creek breakfast-food puzzle competition. I pay rent on a room in Cairo, Egypt, and another in Yokohama all the year round. I’ve got slippers waiting for me in a tea-house in Shanghai, and I don’t have to tell ’em how to cook my eggs in Rio de Janeiro or Seattle. It’s a mighty little old world. What’s the use of bragging about being from the North, or the South, or the old manor-house in the dale, or Euclid Avenue, Cleveland, or Pike’s Peak, or Fairfax County, Va., or Hooligan’s Flats or any place? It’ll be a better world when we quit being fools about some mildewed town or ten acres of swampland just because we happened to be born there.’

‘You seem to be a genuine cosmopolite,’ I said admiringly. ‘But it also seems that you would decry patriotism.’

‘A relic of the stone age,’ declared Coglan warmly. ‘We are all brothers – Chinamen, Englishmen, Zulus, Patagonians, and the people in the bend of the Kaw River. Some day all this petty pride in one’s city or state or section or country will be wiped out, and we’ll all be citizens of the world, as we ought to be.’

‘But while you are wandering in foreign lands,’ I persisted, ‘do not your thoughts revert to some spot – some dear and – ‘

‘Nary a spot,’ interrupted E. R. Coglan flippantly. ‘The terrestrial, globular, planetary hunk of matter, slightly flattened at the poles, and known as the Earth, is my abode. I’ve met a good many object-bound citizens of this country abroad. I’ve seen men from
Chicago sit in a gondola in Venice on a moonlight night and brag about their drainage canal. I’ve seen a Southerner on being introduced to the King of England hand that monarch, without batting his eyes, the information that his grandaunt on his mother’s side
was related by marriage to the Perkinses, of Charleston. I knew a New Yorker who was kidnapped for ransom by some Afghanistan bandits. His people sent over the money and he came back to Kabul with the agent. “Afghanistan?” the natives said to him
through an interpreter. “Well, not so slow, do you think?” “Oh, I don’t know,” says he, and he begins to tell them about a cab-driver at Sixth Avenue and Broadway. Those ideas don’t suit me. I’m not tied down to anything that isn’t 8,000 miles in diameter. Just put me down as E. Rushmore Coglan, citizen of the terrestrial sphere.’

My cosmopolite made a large adieu and left me, for he thought that he saw someone through the chatter and smoke whom he knew. So I was left with the would-be periwinkle, who was reduced to Würzburger without further ability to voice his aspirations to perch, melodious, upon the summit of a valley.

I sat reflecting upon my evident cosmopolite and wondering how the poet had managed to miss him. He was my discovery and I believed in him. How was it? ‘The men that breed from them they traffic up and down, but cling to their cities’ hem as a child to the mother’s gown.’

In memory of September 11 attacks on America.